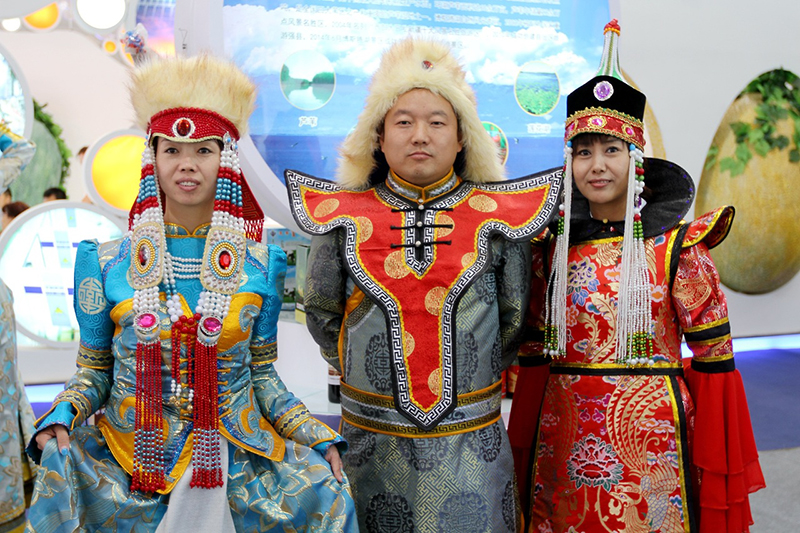 The Mongols constitute one of the principal ethnographic divisions of Asian peoples. Their traditional homeland is centered in Mongolia. A vast plateau, divided an autonomous region of China and the independent country Mongolia which is historically called Outer Mongolia. The Culture and Customs of Mongolia has been heavily influenced by the Mongol nomadic way of life. They love to stay in their “GER” (a handmade tent). Other influences are from Tibet and from China. Since the 20th century, Russian and European cultures have a strong effect on Mongolian culture. Custom and Culture of Mongolia could be dived into following;

Customs of Respect for Mongols

Respect and manners go a long way in Mongolian culture. They are warm-hearted and straightforward. They welcome strangers travelling on the grasslands to stay for the night in their yurts and treat them to tea with milk, mutton and milk wine. Upon leaving, the guests will invariably be given a warm send-off by the hosts. Many codes of behaviors revolve around young people showing respect to older people. Visitors have traditionally been greeted warmly because they were the main sources of news from the outside world.

Traditionally, families were the main unit of production in this herding society. The kinship system was patrilineal and sons generally established households in a common camp with their fathers. Marriages were arranged by parents and a bridal dowry was negotiated based upon the social status of the families. The 20th-century norm became for children to choose their own marriage partners.

Naadam festival is the biggest one is held each year on July 11–13 in Ulaanbaatar (capital). Naadam involves horse races, wrestling, and archery competitions.
The important festival for families is Tsagaan Sar or Lunar New Year and usually falls into January or February. Family members and friends visit each other, exchanges presents and eat huge quantities of mutton and buuz – steamed dumplings.

Old Mongolian saying: “Keep breakfast for yourself, share lunch with your friend and give dinner to your enemy”.

The most important meals for Mongolians are breakfast and lunch, which usually consist of boiled mutton with lots of fat and flour and maybe some dairy products or rice. Mongolians don’t eat with chopsticks. They use a spoon, fork or knife or just their hands.

Mongolian culture is a lot like Russian culture when it comes to drinking. Vodka is extremely popular – to excess. Stating “no” doesn’t cut it, culturally speaking, it’s considered rude not to have at least one drink with your host. If you’re up for it, ask for “nermel areehk” or “changa yum” if you want to try homemade Mongolian vodka.

The national drink of Mongolia is known as Airag, this is a summer seasonal drink made from fermented mare’s milk.

Obviously, Mongolia is incredibly different than most Western countries, and it might seem like a very strange place. Mongolians will generally be forgiving if you mess up any of the etiquette rules, but by attempting to follow them respectfully.

You absolutely don’t have to excuse yourself for sneezing, unless END_OF_DOCUMENT_TOKEN_TO_BE_REPLACED

Do not wave your client goodbye at the door. Always END_OF_DOCUMENT_TOKEN_TO_BE_REPLACED

On the day of moving in to your new house END_OF_DOCUMENT_TOKEN_TO_BE_REPLACED

Growth and removal of teeth are parts of the growth END_OF_DOCUMENT_TOKEN_TO_BE_REPLACED