Kalasha People: The Culture of the Kalasha Valley

The Kalash Valley is an ancient place hidden away in the towering mountains of the trans-Himalaya plate. The distant Kalash Valley (also known as Kalasha Valley, which comprises three different valleys) near the Pakistan-Afghanistan border is where the Kalasha people call home. The Kalasha are thought to be descended from Alexander the Great’s army, making them quite unique from the rest of Pakistan’s demographic.

The Kalash Valleys have been isolated from other cultures for a long time due to their remote location, and they have a distinct heritage from Pakistan’s majority-Muslim population. The (literally) colorful Kalash are said to follow a religion that is closely related to ancient Hinduism. As a result, they have a plethora of distinctive customs and holidays that are not observed by any other community in Pakistan.

The Beautiful Valley of Kalash

The three Kalash sub-valleys, Bumboret, Rumbor, and Birir, in the present-day District Chitral of Pakistan, are home to the Kalash people, also known as Kafir (Non-believer), Black Robe, and Siah Posh. The Kalasha are an ancient tribe from Pakistan. They have their own culture, language, religion, traditions, and sense of identity. This region of Pakistan is regarded as an excellent example of an ethnic and cultural museum. The Kalasha culture has been designated by UNESCO for consideration as a World Heritage Site because of its richness.

The Kalasha Culture lures travelers from all around the world. Each year many historians, sociologists, anthropologists, and photographers visit the Kalash Valley to get first-hand experience of the rich culture and history of Kalash Valley.

The origin of Kalasha is a disputed topic. Many theories concerning the ancestry of the Chitrali Kalasha tribe are now in existence. The Indo-Aryan origin and the Greek origin of the Kalasha are the two main hypotheses that have received the most attention so far. George Morgenstierne, R.C.F. Schomberg, Karl Jettmar, and Peter Parkes all agree with the Indo-Aryan origin theory. In contrast, other theories suggest that the Kalasha are of Greek heritage or are relatively recent immigrants. This hypothesis was formulated by H. Siiger and is supported by two French anthropologists, Jeans Yves Loude and Viviane Lievre.

As stated before, the people of Kalash are not Muslims. Their distinctive culture and traditions go back millennia before Islam. According to some historians, the Kalasha religion is a shamanistic version of Vedic Hinduism.

In many aspects, the culture of the Kalash people in northwest Pakistan is distinct from the various modern Islamic ethnic groups that surround them. They practice polytheism, and nature has a profound spiritual impact on every aspect of their everyday lives. Kalasha people hold festivals and make sacrifices as a part of the religious practice to pay gratitude for the richness the three valleys provide.

Some of the deities of Kalash culture are:

The ethnonational group is particular about their religion and do not allow the converts to be a part of their community after their conversion to Islam or other belief. This remote community has made its culture its religion and follows it sincerely.

The neighboring Khowar language is the closest relative to the Indo-Aryan language known as Kalasha, also known as Kalasha-mun. Formerly spoken across a greater region in south Chitral, Kalasha is now confined mainly to the western side valleys after losing territory to Khowar.

According to Saifulla Jan, a leader of the Kalash:”If any Kalash converts to Islam, they are no longer allowed to live among us anymore. We keep our identity strong.”

There are over 6000 speakers of Kalasha. They speak a fusion of Dardiac and Sanskrit. While 3,000 people still reside nearby in the Kalash villages and continue to speak their native language and practice many other parts of their old culture, they have either converted to Islam or are descended from converts. Sheiks, or Muslims who converted, currently account for more than half of all Kalasha speakers.

The people of Kalash have rich customs and have rituals that date back centuries ago. The distinctive Kalash culture, which is carefully protected and upheld by the Kalash people, fell victim to extinction. One of the main reasons for this tragedy is the lack of solidity of religion in the region, which caused many inhabitants to convert to Islam or embrace other beliefs.

Although just a small percentage of people now practice it, it’s a distinctive and lively culture that manages to fascinate travelers who are constantly curious about other cultures.

In general, Kalasha women wear long, black robes that are frequently adorned with cowrie shell embroidery. Chitral refers to them as “the Black Kafirs” as a result. When a kid reaches the age of four, they start wearing smaller versions of adult attire, while men now wear the Pakistani shalwar kameez.

Marriage, gatherings, and treatment of women

In contrast to the neighbouring Pakistani society, the Kalasha generally do not divide men and women or frown upon the interaction between the sexes. Menstruating women and girls are, nevertheless, confined to the village menstruation building known as the “bashaleni” for the duration of their periods until they restore their “purity.” The birthing process must also take place in the bashaleni. In addition, a woman must undergo a ritual to regain her “purity” following childbirth before she may go back to her husband.

At the age of four or five, girls are introduced into womanhood; they can get married at fourteen or fifteen. If a woman wishes to change spouses, she will notify the new man she plans to marry in a letter about how much her previous husband paid for her. This is so that the next spouse would have to spend twice as much to get her.

Elopement weddings are rather common, and they frequently include women who are already married to another man. In fact, along with the other holidays, wife-elopement is regarded as one of the “great customs” (ghna dastr). Rarely, wife elopement may result in a clan-like dispute until peace is reached by the payment of a twofold bride price by the new husband to the former husband.

The marriageable descendant Kalash lineages (kam) divide when they are more than seven generations apart. Previous agnates (tatbře) are recognised as being eligible affines (därak “clan companions”) through a ritual known as “breaking agnation” (tatbře čhin). Each kam gets a separate shrine in the clan’s Jēṣṭak-hān, the temple to the lineal or familial goddess Jēṣṭak.

The Kalash people “ate meat, drank wine, and had shamans,” which describes the past religious traditions of the neighboring Pahi peoples of Nepal, Kashmir, Uttarakhand, and Himachal Pradesh.

Furthermore, the Pahi people “had norms of lineage exogamy that generated a segmentary system closely resembling the Kalasha one.”

If there is anything after their culture that the Kalash tribe has always stuck to, then that is music. Kalash has shown an unwavering commitment to music that they do not abandon music even at death.

In the festival of Choimus, the men must be separated into two groups; the “pure” ones must sing the revered melodies of the past, while the “impure” sing songs that are fierce, passionate, and obscene, with a beat of their own. Along with it, there is a “sex change” in which males dress like women and women like men (Balumain also is partly seen as female and can change between both forms at will).

Death as a Celebration

When a Kalash is buried, his wealth is dug out, and when he is alive, his wealth is buried, according to a local proverb. Kalash people celebrate death. Before placing their loved ones’ bodies in coffins, they spend two to three days singing and dancing around them. Afterward, they host a feast for visitors who come to rejoice (rather than mourn) the death and offer a sacrifice of 30 to 40 goats. The Kalash used to leave bodies unburied in the graveyard, but now they have started burying them.

All year long, the people of the Kalash valley celebrate a number of festivities. The following are the three most popular festivals:

It’s a May holiday that marks the start of spring. New clothing is worn by everyone, and ladies decorate a lot. Girls are brought up the hillside to dance and sing. One-year-old newborns and their mothers are also purified during this festival, and women also decorate their homes and gather milk from the cows.

This celebration, when freshly produced cheese is brought from the pastures, is held in the middle of August at the shrine of Mahandeo. Once more, singing and dancing are an integral part of the celebration.

Every year in the winter, people celebrate the Choimus Festival, also known as the Chitirmas Festival. The Kalasha tribe celebrates the Choimus festival, which is a colorful whirlwind of traditional dances, delicacies, and chants of prayer to the Balomain spirit. The locals perform rituals for purification during the festival at the dawn of the new year.

The tribal elders gather at hilltops to watch the rising sun of the new year, which is followed by goat sacrifices made to the goddess, “Jastak,” and the blood is sprinkled at the temple Jastarkhan.

The primary Chaimus ceremony is performed under a Tok tree, also known as Indra’s place, Indrunkot, or Indréyin. Some people think that Indrunkot belonged to the cattle lord and brother of Balumain, In(dr). Young boys who play the roles of ancestors (referred to as “njea” or “pure”) are honored and given food; they hold on to one another in a human chain (similar to the Vedic anvrambhaa) and snake around the village.

The Kalash valley has a rich culture and Kalasha people are passionate about who they are. Due to their distinctive culture, religious traditions, and annual celebrations, these people stand out among Pakistan’s other tribes, cultures, and groups. The Kalash Valley boasts serene beauty, lush valleys, and farms, making it an attractive tourist destination for its scenic beauty as well as its cultural heritage and religious sites. The truth is that little is being done to grow the area and invest in its tourism business, despite all the positives. Discrimination against the Kalash valley exists on a variety of levels, including in terms of economic advancement and recognition as a distinct religious community. 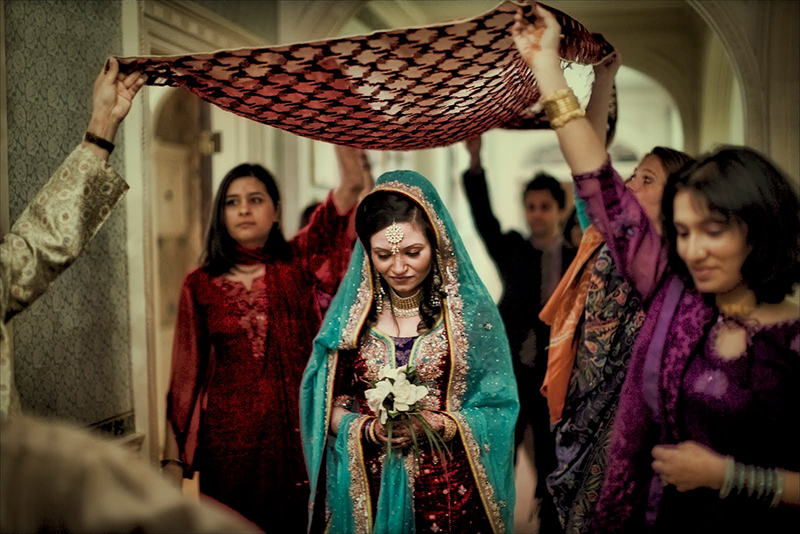