As it is for other Indonesian native people, wedding ceremony is one of the important rituals for Javanese people. This event is considered as process of initiation from adolescents to become adults who are ready to settle down. It’s also considered as a moment when parents assisting their children for the last time before their children start their own household and living independently. Some people also interpret this event as a venue for gathering with fellow relatives and neighbors. Certainly, it would not be surprising if one saw so many people came to help families that held this event. Particularly in Javanese wedding, the ceremony will be held in the bride’s parent’s house. Few days before the wedding, there will be some series of pre-events. The event of selametan will be held by inviting neighbors and close relatives to say prayers and eat together. The gathering activities keep happening during the evening when the relatives and neighbors chat and gossip all night long. This customary is called jagong manten.

The ritual begins with the separation of the bride and groom according to their own families and relatives. After the Javanese shaman gives the command to the groom, the groom will walk slowly with his crowds from nearby area to the bride’s house. A song called Kebo Giro, which is a special traditional song for the wedding, usually accompanies the entire process. The groom and the bride both had previously received some betel leaves that have been rolled up and later thrown toward each other when the groom already reach the doorstep of the bride’s house. This action is called balangan. After that, the shaman will guide the groom to step on an egg that has been provided on the doorstep and then the bride will wipe clean the groom’s foot in a washbasin of water available near the egg. Once this activity is completed, the parents of the bride will give drinking water both to the groom and the bride. The bride’s mother then puts a shawl over the shoulders of the bride and the groom and later the father of the bride will hold each edges of the shawl as he guides the bride and the groom to slowly walk into the interior of the house. 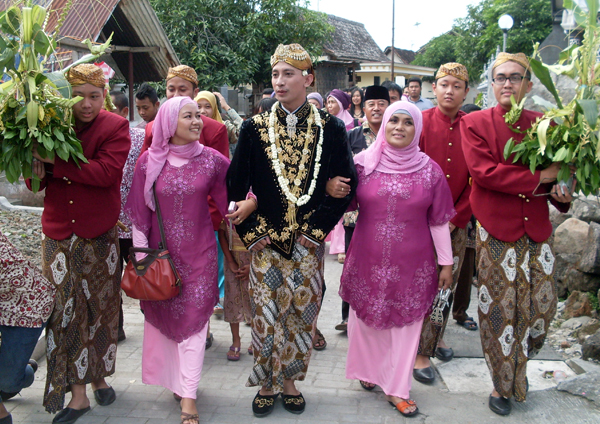 The Groom and His Crowds March to The Bride’s House

After being received in the bride’s house, the groom will sit side to side with the bride. There will be series of rituals after, such as the moment when the bride and the groom share their first meals, the moment when both of their parents and the in-laws officially declare their status one to another, and many more.

Traditional announcer guides the entire rituals and moments. The rest of the event is filled with joy and happiness. They all eat and drink together, hugging each other, take some photographs, and hang out for little bit longer to chat. In a big wedding event that is held by a very wealthy family, there is usually a special entertainment such as Wayang (Javanese shadow puppet) and Campursari (Javanese music band). In the commoners’ traditional wedding, there is usually just a keyboardist and two or three singers who keep the crowds entertained. 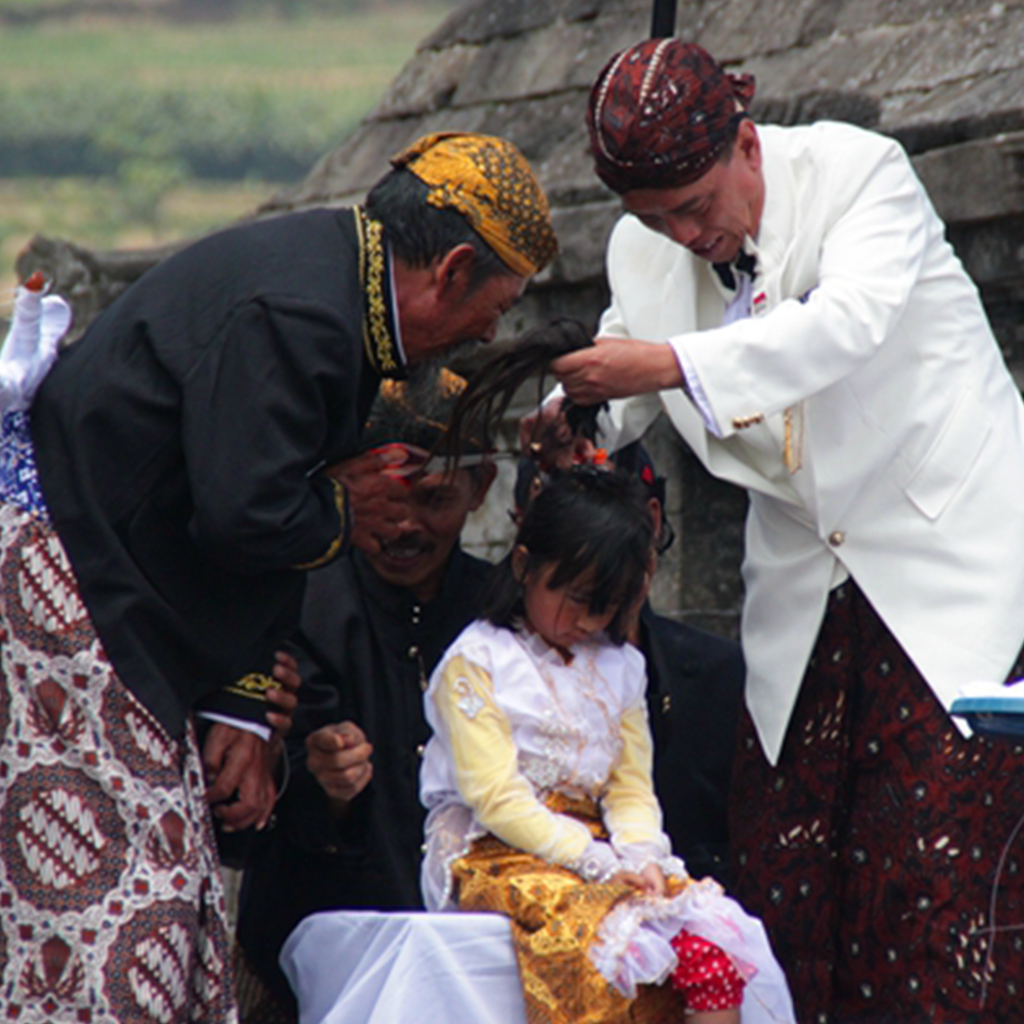 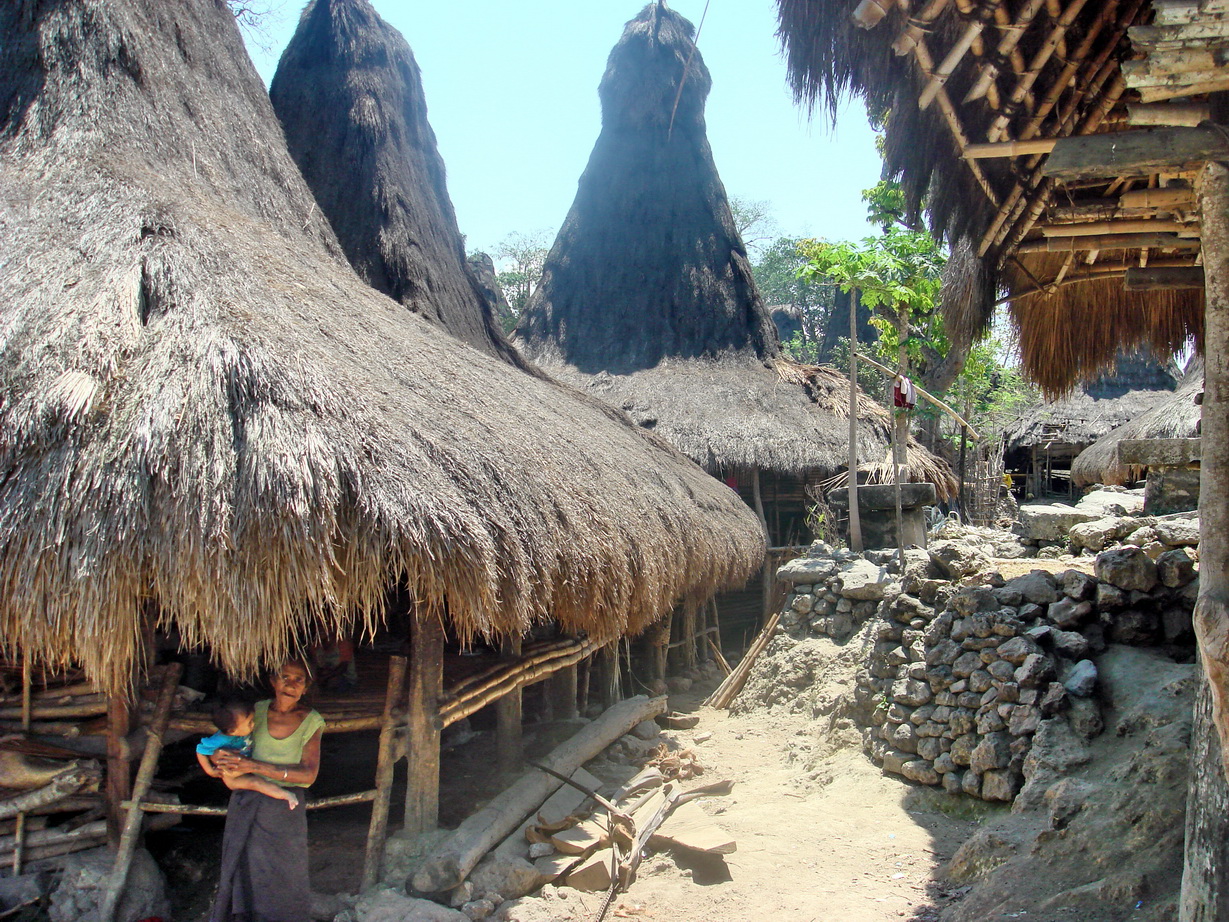 Pasar Cepit: The Customary of Gotong-Royong in Traditional Marketplace