A beautiful marriage custom celebrated by Ahom community of Assam. Ahom-an well-known dynasty which was able to rule all over Brahmaputra valley for almost around 600 years. The dynasty passed over long years ago, but their traditions are still followed by the people of their community proudly. Chaklang marriage is one of them

Chaklang-a marriage where prayers are verbally handed over the bride and groom by the Ahom priest named as “siring phukan”.He reminds the couple about the proud history of their ancestors in front of 101 sacred “saaki”(lamp made by clay).

In earlier days the duration of the marriage ceremony was performed for 9 days. Now it has been reduced to 3 days.

The family of groom asks the hand of the bride by sending a gift called “sodhanibhar”, which is comprises of all glorious food items of Ahom community like duck, betel nuts etc. If the family of the bride accepts that, wedding date can be fixed.

The day starts with “joron-diya”ritual,where family of groom comes to gift her all traditional dresses and ornaments in front of the society. The ritual is followed by some holy traditional marriage song named as “biyanaam”. After the ritual gets over, bride family welcomes them for a royal lunch.

The second day of chaklang marriage is called as “murot tel diya”.In this particular ritual, the priest worship the God Khoakham and offers him food. The priest goes for fishing to nearby river and the fish caught by him is cooked for the couple.

The 3rd day is called as “chaklang day” which has plenty of rituals. The day starts with the ritual called “pani-tola”.All the married women of the community go to river with a colorful musical procession to bring water to bath bride and groom. They are seated under “kolgos”(banana tree)and bathed by their senior family members.

After that, Ahom wedding special attires are put on.The bridal attire is comprising of beautiful white and golden riha, sador and mekhela including Ahom traditional ornaments golpota,thuria etc.The attire of groom is a beautiful silk based white dress with a turban. 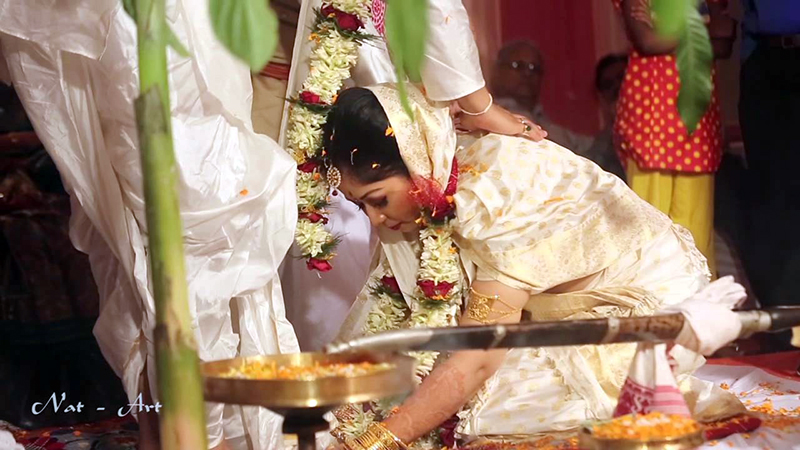 Once all the rituals are done in their own home,the groom has to go the bride’s home and he is accompanied by his family members and friends.Once they reach,they are welcomed by most beautiful way possible by the family of bride and the groom is requested to sit in front of maral-the main attraction of chaklang marriage,where a rangoli is surrounded by 101 sacred lamps.After the prayers are done, a part of cloth of bride is tied up with the groom called “lagna gathi” and all the people present over there bless them and pray for their long marital life.

After that, two royal rituals are done. The bride picks the “hangdang”(the royal sword) and asks the groom to take it. It means she allows him to protect her family from enemies. Once he accepts that, she gives him “kavas”- a protector weaved by her within a night. It means the kavas made by her with all love and pride will protect him in his bad times.

Then, panchamrita (a food mixture of curd, honey, milk, sugar and ghee) is given to the couple and the marriage rituals ended with playing the dice game-“pasha” by bride and groom. 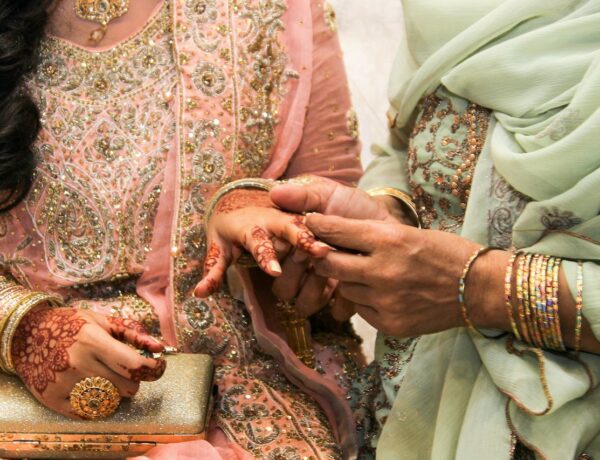 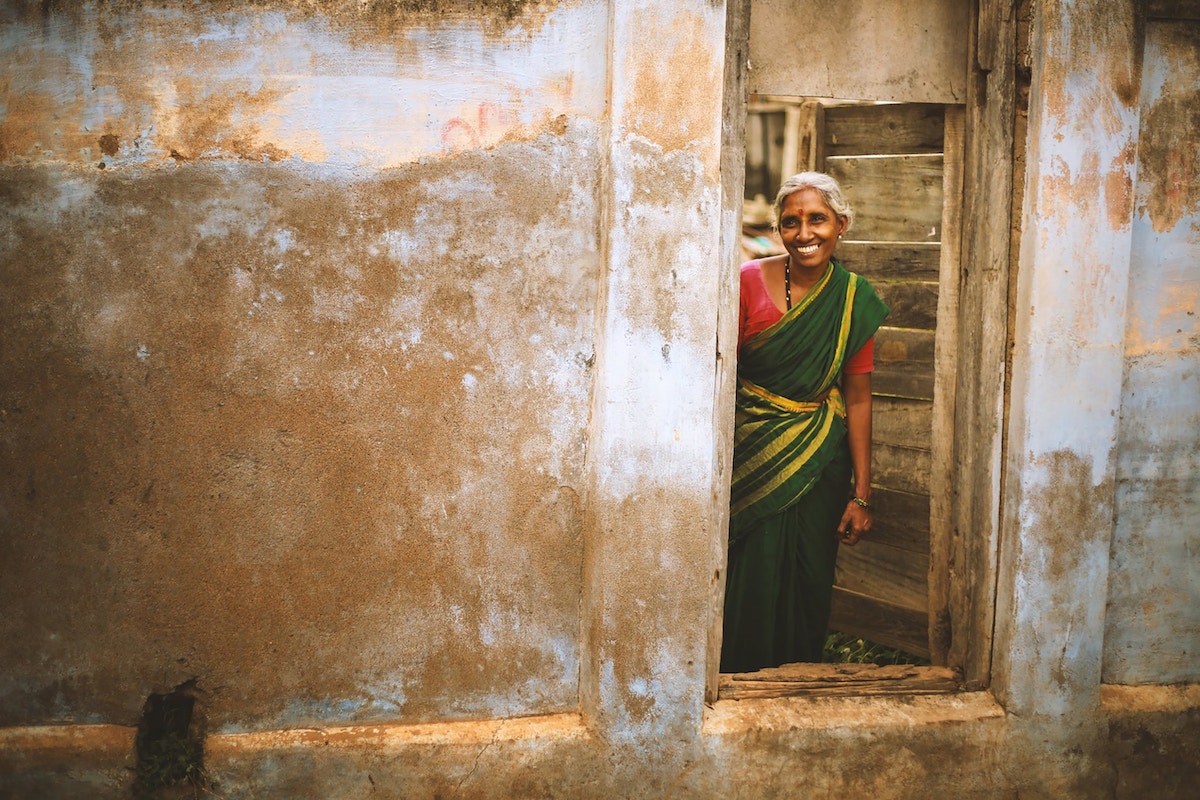